Day 1: Arrive Delhi
Meeting and assistance on arrival at international airport & transfer to hotel. On arrival, check in at hotel.

Delhi: India’s capital & a major gateway to the country, contemporary Delhi is a bustling metropolis which successfully combines in its fold the ancient & the modern. Its strategic location was one of the prime reasons why successive dynasties chose it as their seat of power. New Delhi also reflects the legacy the British left behind. The division between New & Old Delhi is the distinction between the capitals of the British & the Moghuls respectively. So, wherever the visitor goes, he will invariably confront the city’s past.

Day 2: Delhi
Full day city tour of old & modern capital of India. Visit Jama Masjid, the largest mosque in India. Built by Shah Jahan, the construction was started in 1844 and was not completed until 1658; Red Fort, which was also built by Shah Jahan. This massive fort was built from 1638 to 1648; Chandni Chowk and Raj Ghat – the cremation site of Mahatma Gandhi. Witness the India Gate, the Presidents House & the Parliament. Visit Humayuns Tomb: built in mid 16th century this is an early example of Mughal architecture; Qutab Minar. The tour ends with a visit to Laxmi Narayan Temple (Birla Mandir).

Day 3: Delhi – Haridwar – Rishikesh (By Train / By Surface)
Early morning transfer from hotel to railway station to board the train for Haridwar. On arrival in Haridwar, drive to Rishikesh. After a welcome drink and acclimatization briefing about the whole program, followed by introduction to the Yoga teacher. Evening dinner and overnight hotel.

Day 5: Rishikesh
Early morning drive or walk to the centre .Today we will do relaxation, asana, followed up by Yognindra. After nutritious breakfast, day free for own activities. Optional you can take rafting trip or can do temple tour for half a day. Evening followed by modern meditation and class of suggestion therapy.

Day 6: Rishikesh
Morning get training for PRANAVAM (advance breathing), Dynamic yoga. Advance yoga postures. After breakfast drive up to Vashist Goofa. The entire drive is along the river Ganges towards the source for about an hour. Arrive and explore vashistha Goofa (cave), where famous saint Vasistha, meditated. A perfect place for transcendental meditation. Late afternoon drive back to resort. Evening meditation & lecture.

Day 7: Rishikesh
Early morning wake up for Pranayam & advance technique of Yoga. Evening followed by meditation and curative yoga. One can take optional trip to Devprayag, one of the five most important confluences of Garhwal Himalayas. Arrive and explore the area. Also visit 10th centaury old temple of Ragunath ji.

Day 9: Rishikesh – Haridwar – Delhi (By Surface / By Train)
Early morning practice advance posture of yoga & vipasna. Day free for own activities. Evening meditation and question answer session. Evening the course terminates. Later transfer to the railway station to board train for Delhi. On arrival in Delhi, transfer to hotel.

Day 10: Delhi – Agra (By Surface)
Morning drive to Agra-The Mughal city en-route visit Sikandra. On arrival check in hotel. Afternoon visit to Taj Mahal – The Monument of love, which was built in 1630 by Mughal Emperor Shah Jahan as a tomb for his beloved wife Mumtaz Mahal. (TAJ MAHAL IS CLOSED ON FRIDAYS). Other Agra attraction on the tour includes Agra Fort built by Akbar the Great. Evening is free for shopping opportunity.

Day 11: Agra – Fatehpur Sikri – Jaipur (By Surface)
Morning drive to Jaipur, the fabled pink city the desert named after Jai Singh, the former Maharaja of Jaipur. This is the only city in the world symbolizing the nine divisions of the universe through the nine rectangular sectors subdividing it. The palaces and forts of the yesteryears, which were witnesses to the royal processions and splendours are now living monuments en-route visiting Fatehpur Sikri-a perfectly preserved red sandstone ghost town which was the estranged capital of Mughal Emperor Akbar, built in 1569 and deserted when its water supply failed. On arrival in Jaipur, check in at the hotel.

Day 12: Jaipur
Morning visit the majestic Amber Fort, is one that cannot be easily described. Ride up on Elephants to the former capital of the royals set against the backdrop of the wooded hills. Later visit the Palace of Winds also known as Hawa Mahal, this elaborate building, now little more than a facade, is encrusted with delicate screen sand carved balconies from which the royal ladies, confined to their quarters, could sneak views of the outside world. Past, present and future merge at Jai Singh’s observatory, where time has been accurately measured since the 17th century.

Day 13: Jaipur – Delhi (By Surface)
Morning drive to Delhi. On arrival, check in at the hotel. Rest of the day free for independent activities. 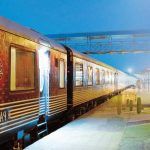 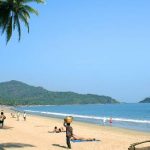